Don't Be a Back-seat Driver in Your Own Life

Equilibrium February 15 , 2008
DON'T BE A BACK-SEAT DRIVER IN YOUR OWN LIFE
from The 9 Steps to Emotional Fitness
Some months ago I listened to a woman (let’s call her Kate) calling me long-distance. “I should have taken that opportunity when it came up,” she told me. “Now I feel it’s passed me by.”
A few minutes later she wondered out loud if she should leave her current comfortable but far from challenging job to pursue a career in the area that was of great interest to her. As she talked about it I could hear the energy in her voice rising. In another moment, her tone flattening once more, she said “I don’t think it’s sensible to make such a move right now; why would I want to take that kind of risk until I’m sure I could make it work?”
Kate seemed to be listening to the cautious, though well-meaning, voices in her head that didn’t belong to her. It transpired that she had held herself back through her whole life because she wanted to please others who wanted her to ‘be happy’ and ‘not do anything foolish’. It was as though she was not driving her own life but rather sitting in the back seat watching for any danger spots in the road and calling out to whoever was driving to be careful.
Last week, on our regular call, she reported that she had landed her first big contract in her new business and was enthusiastic about the year ahead for the first time that she could remember.
She was in the driving-seat, going in the direction she wanted and enjoying every minute.
In peace
Warren
Posted by Warren Redman at 3:15 PM 2 comments: Links to this post 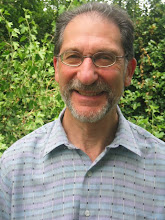